Secession is the withdrawal of a group from a larger entity, especially a political entity Threats of secession can be a strategy for achieving more limited goals.  A secession attempt might be violent or peaceful, but the goal is the creation of a new state or entity independent from the group or territory it seceded from.  The South seceded from the Union which brought on the Civil War.  We all know that story. A good friend copied and pasted his to his Facebook page, and I found it so funny that I just had to preserve it.  Facebook has a way of “disappearing” things so you can never see them again.  We do not know who wrote this crap, and probably a good thing, but we’re glad it was passed along for a laugh.

California has been threatening to secede ever since Obama was in the Presidency, and it became an urgent cause for a while under Trump.  They quickly tossed the idea when they realized it would fail and they would destroy themselves with homeless and no Federal help.  So . . . here it is . . . complete with lies and inaccuracies : 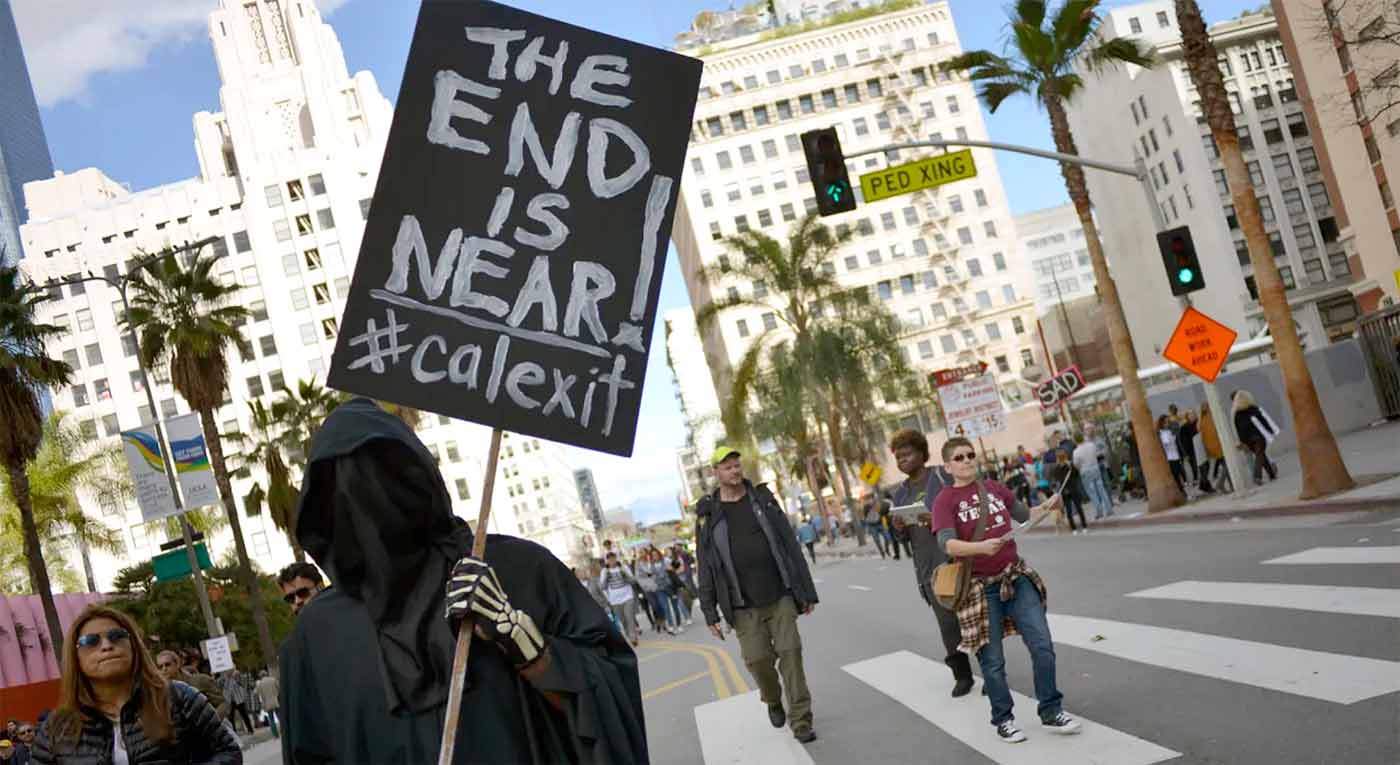 We intend to form our own country, and we’re taking the other Blue States with us. In case you aren’t aware, that includes Hawaii, Oregon, California, New Mexico, Washington, Minnesota, Wisconsin, Michigan, Illinois and all the Northeast.

We believe this split will be beneficial to the nation, and especially to the people of the new country of New Puerto Rico, U.S. Virgin Islands, Guam and Washington D.C.

We also get Costco and Boeing.

To sum up briefly:

Please be aware that Nuevo California will be pro-choice and
anti-war, and we’re going to want all our citizens back from Iraq at once. If you need people to fight, ask your evangelicals. They have kids they’re apparently willing to send to their deaths for no purpose, and they don’t care if you don’t show pictures of their children’s caskets coming home.

With the Blue States in hand, we will have firm control of 80 percent of the country’s fresh water, more than 90 percent of the pineapple and lettuce, 92 percent of the nation’s fresh fruit, 95 percent of America’s quality wines (you can serve French wines at state dinners) 90 percent of all cheese, 90 percent of the high tech industry, most of the U.S. low-sulfur coal, all living redwoods, sequoias and condors, all the Ivy and Seven Sister schools, plus Harvard, Yale, Stanford, Cal Tech and MIT.

We get Hollywood and Yosemite, thank you. Additionally, 62 percent of you believe life is sacred unless we’re discussing the death penalty or gun laws, 44 percent say that evolution is only a theory, 53 percent that Saddam was involved in 9/11 and 61 percent of you crazy bastards believe you are people with higher morals then we lefties.

Oh, and you can have all the new Corona cases since you’re too dumb and self-entered to wear a mask.

Peace out, we are the people!

Some people really don’t have enough to do …  and some people don’t have the first thread of reserve to publish such blatant hatred.  Oh well.  These folks also said they’re leaving if Trump wins! 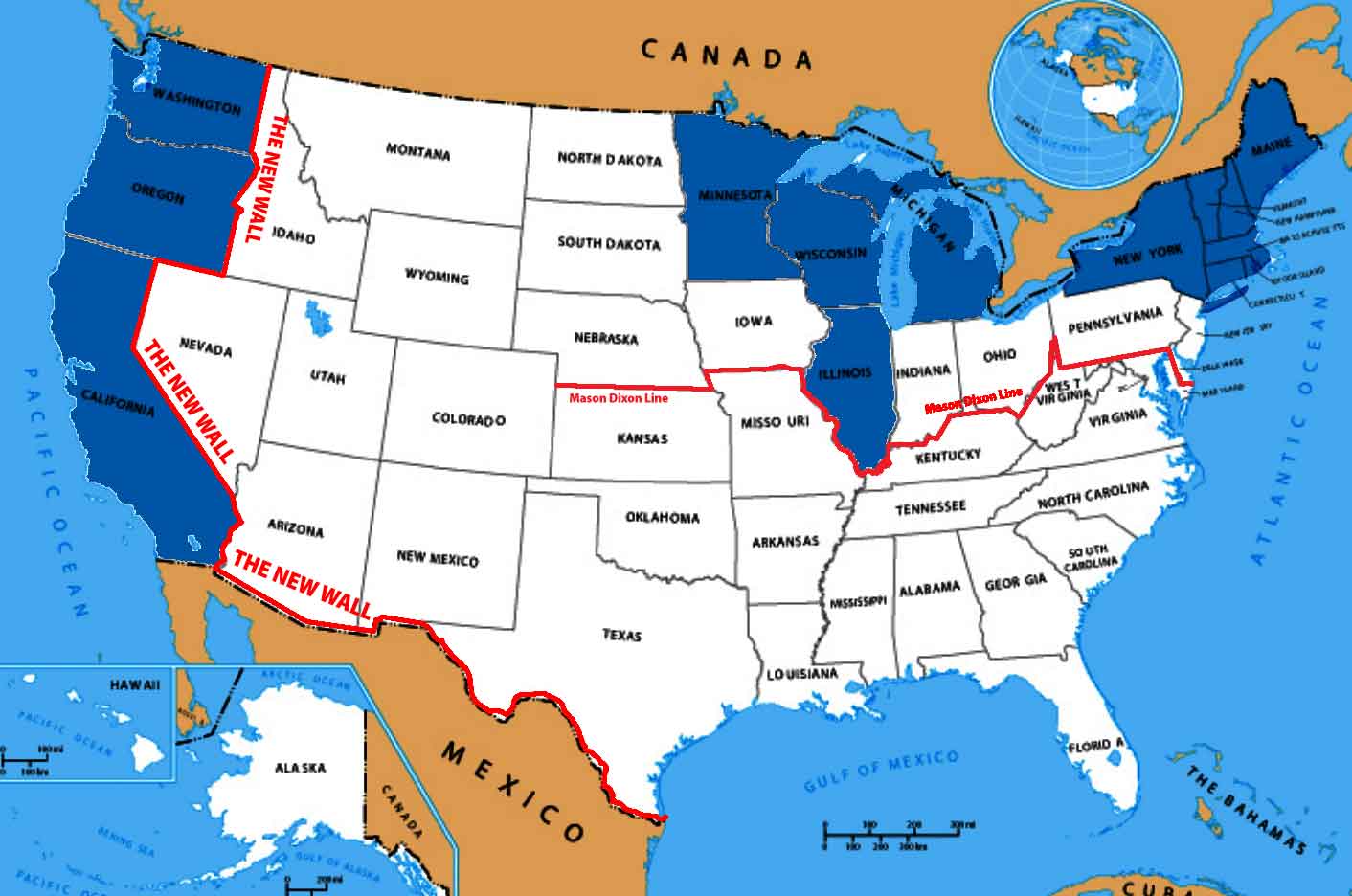 I’ve been trying to keep politics out of 60-Seconds because I think I’ve chased off most of my readers, but this is just too terrible for me to ignore . . . END_OF_DOCUMENT_TOKEN_TO_BE_REPLACED

Aunt Jemima, Mr. Potato Head, Land of Lakes, Nike, Dr. Seuss all have one thing in common : the cancel culture is their gravy train!