I am usually reluctant to post such stuff, but I’ve just about had it with social media and the main stream media.  I just have to speak up. . .

The Media loves bleeding. Bleeding anything.

The media just loves conflict and adversity. The media is very similar to Russian bots. As soon as the target of hate changes, they’re instantly on it. Russian bots do that too. Each new hate to appear on the horizon, the bots pivot to that hate. They drop the previous hate like it was never there. People are different. They retain the hate and carry it with them.

To the media, there’s nothing better than someone bleeding. Someone getting shot, screwed, raped, attacked, assaulted, drowned, defrauded, aborted, beheaded, sick, or otherwise abused. They love to say “images may be hard to look at” or “be warned, images are graphic” and they love to say “dire warnings as we begin our broadcast.” One new COVID case constitutes “dire” news, and surely the end of the world. Yes, they love the end of the world, or civilization or education or welfare or social security. They love it when things die or are destroyed, or said to be destroyed. (They don’t need actual facts or truth. They only need the suggestion of something to hate.)

In some cases, the truth is against Facebook’s community guidelines!

The media loves cops who shoot running black kids. They love blacks who shoot cops. The media loves anyone who claims to have filthy, or insidious dirt on someone else, particularly Donald Trump or Joe Biden or Hillary Clinton or Nancy Pelosi — whether the dirt is true or not.

The media loves Russian, Chinese or Ukraine spies and Russian, Chinese or Ukraine Facebook bots and trolls — they believe everything they say and cannot wait post a “Breaking News” post about it. Oh, the media LOVES “breaking News” … they know that you will believe anything they say as long as it begins with “breaking news” or “a new poll shows” or “according to a new survey”!

The media loves for you to lose money.  They love poor people. They love to show how bad everyone’s doing, and how horrible rich people are — especially during the Trump administration. They love any bad circumstance they can blame on Trump. Before it was Obama, before that it was Bush, and on and on. They’ll do the same for Biden or Kamala. They love scapegoats … someone to blame for the world’s most dismal miseries.

The media hates the truth, especially if they broadcast the lies yesterday. They hate to be proven wrong. The media does not like love or friendship or being fair or honest or honorable or nice. They do not like facts, unless they match the narrative. They do not like honest, good people. These things don’t ring the cash register. The media never shows you memes of niceness, only hate. The media loves to hate on what the mob hates : Nazis, guns, Christmas, the Islamic army, climate change, global warming, the coming ice age, Facebook, Google, Women, Men, anyone who hates gays, transvestites, lesbians, trans-genders, native Americans, veterans, policemen, preachers, teachers, white politicians or black politicians. The media loves to hate what you hate: the rich, the poor, the in-between, anyone who works in a coal mine, anyone who lives in West Virginia, or Richmond Virginia, anyone who likes art or sculpture, anyone who hates dogs, anyone who hates cats. Even everyone who hates hate.

Hate du jour means you’ll find any and all forms of hate you crave by logging into any social media these days . . . or tuning in to the six o’clock news where ever you are. 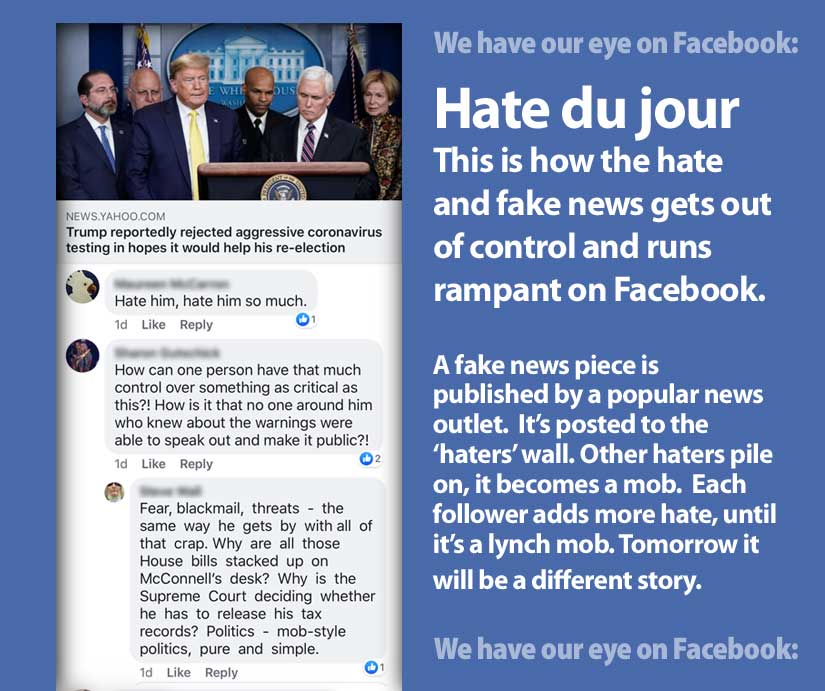 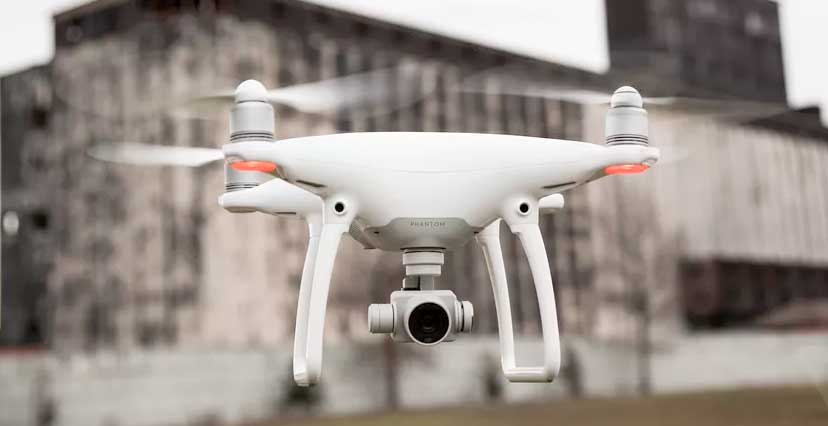 There’s been a lot of buzz lately about utilizing people’s location data on their smartphones to notify them when they’ve come into contact with someone who has tested positive for the COVID-19 coronavirus. Contact tracers is also becoming a hot topic.

END_OF_DOCUMENT_TOKEN_TO_BE_REPLACED

A lot of the media talking heads are saying the Facebook is not censoring conservative views.  I know better, because I’ve experienced it.  But don’t take my word for it, just watch what’s going on . . . END_OF_DOCUMENT_TOKEN_TO_BE_REPLACED