A lot of the media talking heads are saying the Facebook is not censoring conservative views.  I know better, because I’ve experienced it.  But don’t take my word for it, just watch what’s going on . . .

Last month, Facebook temporarily banned comments by President Trump’s social media director, Dan Scavino, after his postings were flagged by an algorithm. A Facebook spokesperson apologized, explaining that Scavino was banned because he had tagged so many people in his comments that automated bots thought he was a spammer. “I will be looking into this!” Trump tweeted about Scavino’s ban, adding: “#StopTheBias.”

Something to think about! 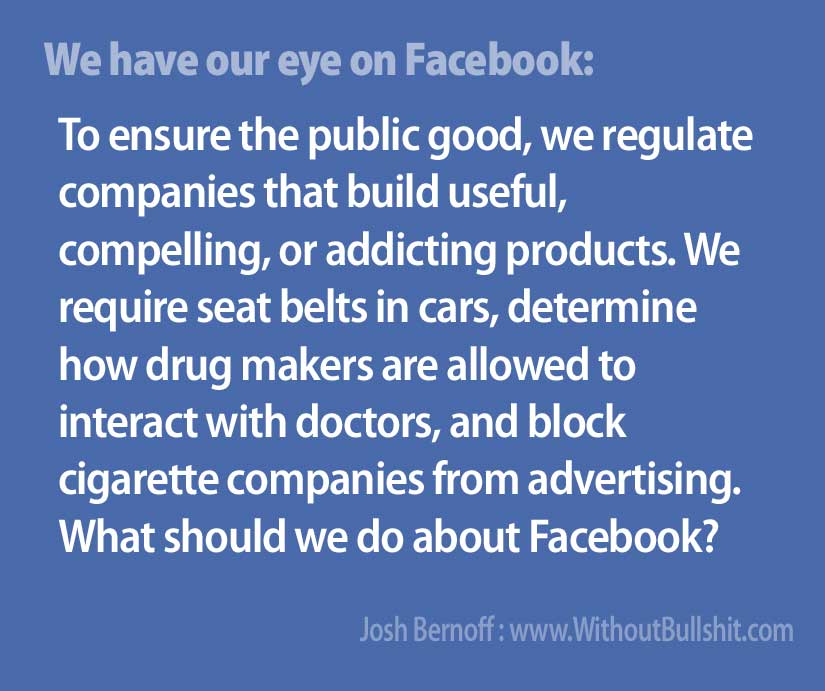 It’s such a shame it’s come to this, but DARK PATTERNS are a reality, and all the Big Tech web sites use it.  You should never have to put up with such sinister intentions. END_OF_DOCUMENT_TOKEN_TO_BE_REPLACED

I’ve been trying to keep politics out of 60-Seconds because I think I’ve chased off most of my readers, but this is just too terrible for me to ignore . . . END_OF_DOCUMENT_TOKEN_TO_BE_REPLACED