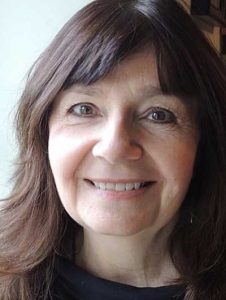 The Type Directors Club is honored to announce that the TDC Medal is being presented to UK typographer Dr. Fiona Ross, who has been responsible for some of the world’s most influential typefaces for over five decades.

Ross is the thirty-first recipient of the TDC Medal, which was first awarded to Hermann Zapf in 1967 to honor his contributions to typography. Ross joins a prestigious list of medalists that include Paul Rand, Matthew Carter, Erik Spiekermann, Adrian Frutiger, Gerrit Noordzij, Paula Scher, Louise Fili, Ed Benguiat, Matthew Carter, and most recently, Gerard Unger.