Last week’s article on ‘Ethics in Digital Photography’ brought to mind this interview with Steven Heller we posted some time ago. It’s an important piece and you all should read it.

But does this mean making good design is an indispensable obligation to the society and culture in which designers are citizens? Or does it suggest that design has inherent properties that when applied in a responsible manner contribute to a well-being that enhances everyone’s life as a citizen?

For the answer we must also ask the question: What is good design?

Is it rightness of form or aesthetic perfection? Is it flawless conception or intelligent usability? The converse, bad or poor design is design that doesn’t work. So, is bad design bad citizenship? In fact, bad design is just plain mean while good design presumably serves many citizens.

One can be a good (or great) designer without necessarily being a good citizen. But if good design (regardless of style or mannerism) adds value to society, by either pushing the cultural envelope or maintaining the status quo at a high level, then design and citizenship must go hand in hand.

When the former IBM chairman and leading American corporate design patron proclaimed this in the fifties, business was the white knight of postwar American society. Yet during the subsequent years, good business has not always been good business, and good design has sometimes unwittingly supported bad companies.
Business malfeasance is all too common these days.

For example, having risen to the level of tragic-comedy, Enron’s shenanigans were the apotheosis of corporate wrong-doing in the year 2002. During the process of spiraling into the abyss, Enron’s design — specifically the Enron logo created by Paul Rand in 1996 — became the MGM (Money Grabbing Mongrels) lion of greed and corruption. Rand’s mark was created to bond Enron’s workforce to the corporate culture while branding the company’s positive assets on the nation’s consciousness. In the modernist tradition, graphic design was employed to foster professionalism, and in this instance Enron’s mark helped unify the chaos of its sprawling business. At the time, there was no hint that Enron’s leaders would defraud employees or investors; in fact, just the opposite. As a new energy conglomerate it assured jobs for thousands and services to millions. Good design underscored the promise of good business, and, by extension, good citizenship. But when Enron started to rot from the inside the logo became an icon of decay.

What is the responsibility of a designer?

So, what is the responsibility of a designer when design is impeccable but the client is tainted?

Being accountable to some moral standard is the key. A designer must be professionally, culturally, and socially responsible for the impact his or her design has on the citizenry. Indeed, every good citizen must understand that his or her respective actions will have reactions. All individual acts, including the creation and manufacture of design for a client, exert impact on others. But Rand could not foresee Enron’s gross betrayal. And even if large corporations are sometimes suspect, why should he or any designer refuse to work for Enron or any similar establishment? A designer cannot afford to hire investigators to compile dossiers about whether a business is savory or not. Yet certain benchmarks must apply, such as knowing what, in fact, a company does and how it does it. And if a designer has any doubts, plenty of public records exist that provide for informed decisions. However, each designer must address this aspect of good citizenship as he or she sees fit.

Milton Glaser tests the designers “willingness to lie”
Two years ago, when Milton Glaser was illustrating Dante’s Purgatory, he become interested in the “Road to Hell” and developed a little questionnaire to see where he stood in terms of his own willingness to lie. Beginning with fairly minor misdemeanors, the following twelve steps increase to some major indiscretions.

A dozen additional steps of varied consequence could be added, but Glaser’s list addresses a significant range of contentious issues. Designers are called upon to make routine decisions regarding scale, color, image, etc. — things that may seem insignificant but will inevitably affect behavior in some way.

An elegant logo can legitimize the illegitimate;
* a beautiful package can spike up the sales of an inferior product;
* an appealing trade character can convince kids that something dangerous is essential.

The graphic designer is as accountable as the marketing and publicity departments for the propagation of a message or idea.

Talented designers are predisposed to create good-looking work. We are taught to marry type and image into pleasing and effective compositions that attract the eye and excite the senses. Do this well, we’re told, and good jobs are plentiful; do it poorly and we’ll produce junk mail for the rest of our lives. However, to be what in this book we call a “citizen designer” requires more than talent. As Glaser notes, the key is to ask questions, for the answers will result in responsible decisions. Without responsibility, talent is too easily wasted on waste.

Citizen Designer examines and critiques through essays and interviews three areas in which designers practice and in which responsibility to oneself and society is essential. Sections on Social Responsibility, Professional Responsibility, and Artistic Responsibility offer insight into how our peers view their practices as dependent on moral codes. The final part, Raves and Rants, is a soapbox, pure and simple. Our goal in editing this book is not to offer dogmatic decrees or sanctimonious screeds but to address the concern that the design field, like society as a whole, is built on the foundation of . . . well, you fill in the blank.

And, thanks for reading …

Editor/Publisher : 60-Seconds.com,  — Published online since 1988 — +FredShowker on Google+ or most social medias #showker or #fredshowker  and our Facebook Discussion Group 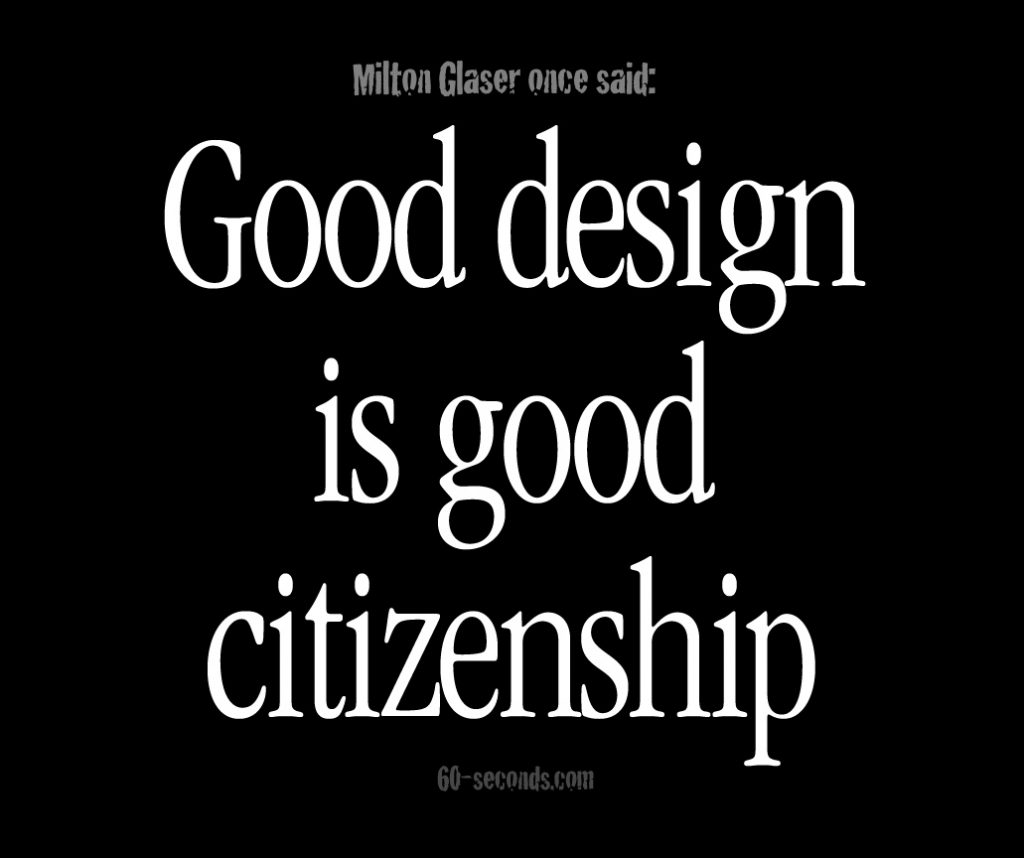 Have you noticed the same ads showing up in different places?  Have you had the sneaky feeling you’re being watched?  You mention something on your phone, then ads start showing up for that?  Welcome to the connected world! END_OF_DOCUMENT_TOKEN_TO_BE_REPLACED